A Ramat Gan museum closed on Wednesday because nearly all of the artists exhibiting there requested that their art be removed in support of another designer whose piece was removed for a painting deemed offensive to ultra-Orthodox .

The Israeli art museum in Ramat Gan, near Tel Aviv, sparked a storm in the art world last month when it shot down a painting by artist David Reeb at the behest of the mayor of the city, Carmel Shama-Hacohen.

Reeb’s painting shows two images of an ultra-Orthodox man praying at the Western Wall. The words “Golden Jerusalem,” a common phrase referring to the capital, are written in Hebrew next to one of the pictures, and next to the other are the words “Shit Jerusalem.”

In response to the removal, almost all of the other 50 artists on display said they wanted their works removed unless the painting was restored.

Negotiations to reach a compromise failed, the museum said in a statement expressing “its sorrow and disappointment at the results of the mediation process between the artists and representatives of the Ramat Gan municipality.”

By registering, you accept the conditions

He said all events and presentations scheduled for the near future have been canceled and those who purchased tickets will be refunded.

There is also justice and judges in Tel Aviv! Degrading work will not be displayed in Ramat Gan. The court ruled that our decision to remove abusive and racist work…

“A decision will be made in the coming days regarding the museum’s next relocations,” the gallery said.

A statement on behalf of the protesting artists criticized the municipality and the gallery’s board of directors for “failing to respond to compromise proposals from the artists’ representatives”.

The artists said that since 45 of the 50 designers exhibited at the gallery had requested that their work be withdrawn “it is clear that the exhibition has ceased to exist and has no legitimacy.”

“We all hope for a better future for the museum and the world of art and culture, without political interference in content and professional decisions,” said the artists.

The municipality of Ramat Gan said in a statement that it would not give in to “the attempt to blackmail by removing the work”.

The town hall said that the museum would consider other projects and that within a few months “will embark on a new path, strengthened and more attractive”.

Reeb’s painting and that of the other artists were part of an exhibition titled “The Institution” which, according to the museum’s website, featured an “institutional critique” with works “representing the violent but disguised power of the museum spaces. , in which the public is also the main victim.

After the museum opened the exhibit, Mayor Shama-Hacohen posted a photo of Reeb’s work on Facebook, asking the public if they thought it should be removed or kept. The painting was then removed by the museum at the request of Shama-Hacohen. 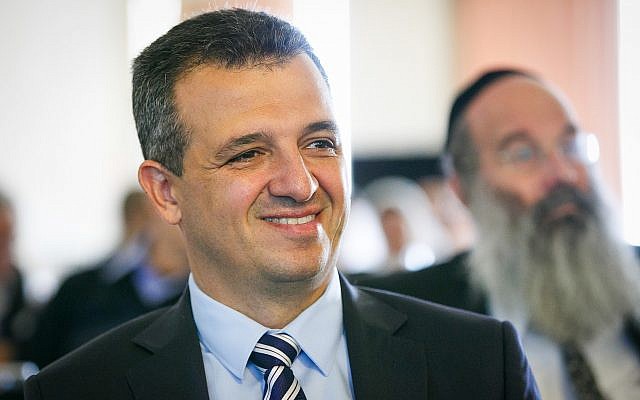 In protest, around forty artists whose works are exhibited at the museum covered their works with black fabrics. Shama-Hacohen then asked museum staff to remove the clothes, which they did, sparking furious disputes with the artists.

A Tel Aviv court rejected a request by Reeb and the Israel Civil Rights Association to put the painting back on display.

Shama-Hacohen said the ruling shows that preserving “human dignity” trumps “the utopian idea of ​​complete and unlimited freedom of expression.”

The judge, however, urged the museum to come to a compromise that would allow the artwork to be exhibited in an isolated space, with a warning that its contents could be considered offensive.

Are you serious. We appreciate this!

We are really glad you read X Times of Israel Articles in the past month.

That’s why we come to work every day – to provide discerning readers like you with must-see coverage of Israel and the Jewish world.

So now we have a request. Unlike other media, we have not set up a paywall. But since the journalism we do is expensive, we invite readers for whom The Times of Israel has become important to help support our work by joining The Times of Israel community.

For as little as $ 6 per month, you can help support our quality journalism while benefiting from The Times of Israel WITHOUT ADVERTISING, as well as access to exclusive content reserved for members of the Times of Israel community.