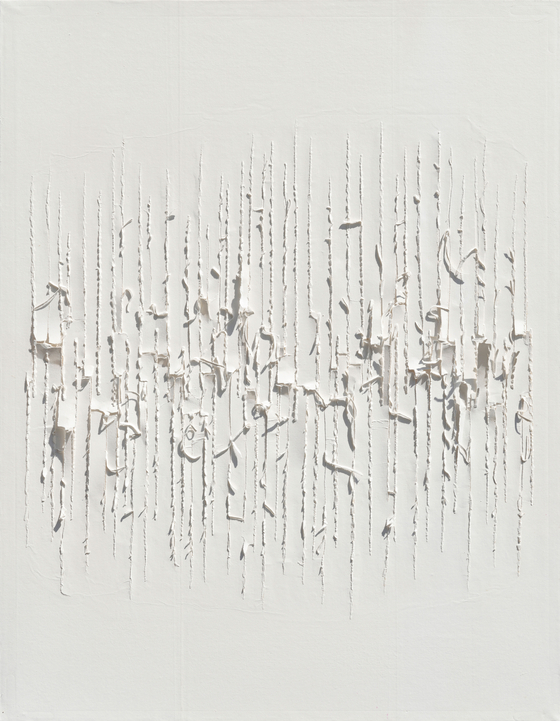 ″ Untitled ″ (1982) by Kwon Young-woo, one of the artists who led the dance movement, or Korean monochrome painting. [KUKJE GALLERY]

The current personal exhibition of Kwon Young-woo (1926-2013), one of the artists who led the movement of dansaekhwa, or Korean monochrome painting, at the Kukje Gallery in central Seoul seems to be the perfect solution for the winter season.

His iconic works, which are panels covered with multiple layers of white hanji, or traditional Korean paper, meticulously torn or pierced for a sculptural effect, are now on display on the second floor of the gallery’s K2 space. These works, created during the artist’s Parisian period (1978-1989), could remind the viewer of snowy fields, on which footprints and other traces of movement remain.

Colorful hanji works made on his return to Korea in 1989, which the gallery is showing to the public for the first time, are on display on the first floor. The works show traces of roller brushes in black, dark brown and yellow, which were created with gouache and beaten, or traditional East Asian ink, combined in different ratios. They might remind viewers of the colors of bare trees in wintry landscapes. 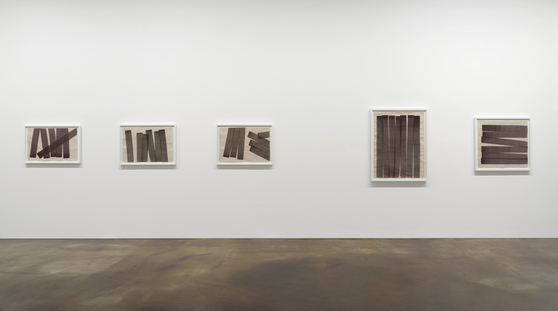 Works created by artist Kwon Young-woo in the late 1980s are now on display on the first floor of the K2 space at the Kukje gallery. [KUKJE GALLERY]

“The exhibition will provide insight into the development of the artist’s training language that uses traditional East Asian materials in a modern way,” said Kwon Joo-rhee, public relations manager at Kukje Gallery.

The artist, who majored in East Asian painting at Seoul National University, began to distance himself from the main techniques of this art – ink brushstrokes – in the beginning 1960s and began to use hanji as a sculptural medium. “Using his fingers and hand-made tools […] he adopted repetitive actions of cut, tear, pierce and paste, embracing the variability, materiality and tactility of paper, which are at the heart of his early works, ”the gallery said in a statement. 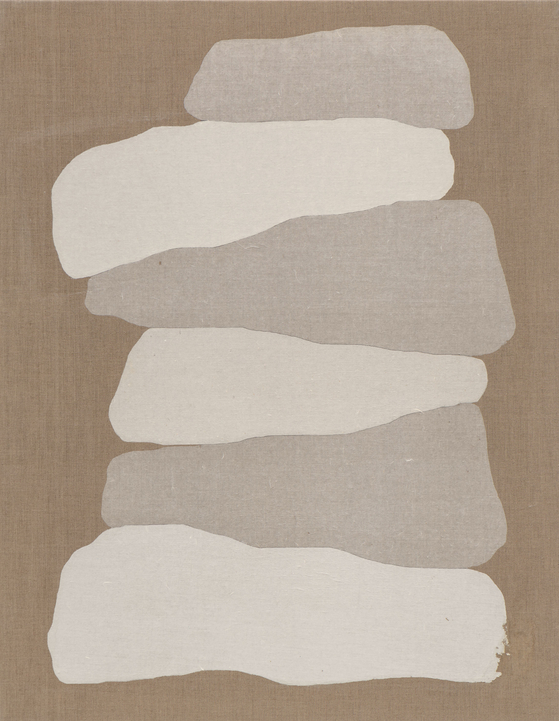 Artist Kwon Young-woo’s ″ Untitled ″ is one of the works he created in the 2000s, which is created by pasting shapes cut from thin hanji onto wood panels. [KUKJE GALLERY] 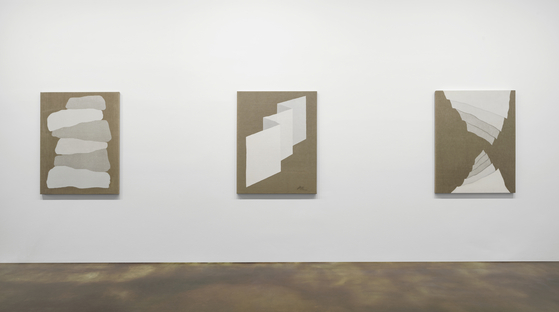 The works created by artist Kwon Young-woo in the 2000s are now exhibited on the first floor of the K2 space of the Kukje gallery. [KUKJE GALLERY]

The artist was still experimenting. On the first floor of the K2 space are not only the colorful works but also works he created in the 2000s, which are geometric shapes cut from thin hanji and glued to wooden panels. “He explored the density of white by applying various layers of hanji,” explained Kwon of the Kukje Gallery.

The exhibition runs until January 30, 2022 at the K2 space in Kukje. In spaces K1 and K3 of the gallery is the personal exhibition of the famous Franco-American artist Louise Bourgeois (1911-2010) entitled “The smell of eucalyptus”, which also runs until January 30. The exhibition focuses on the works on paper that the artist developed in his last decade. Most of them, including “Turning Inwards # 4”, which consists of 39 large etchings, represent organic shapes reminiscent of both plants and human organs. 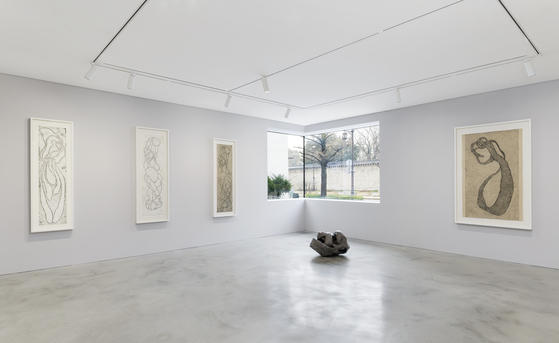 Works on paper and sculptures by the famous artist Louise Bourgeois are now on display in the K1 space of the Kukje gallery in central Seoul. [KUKJE GALLERY]

Entrance to both shows is free. For more details, visit www.kukjegallery.com