According to a Bloomberg interview with CEO Jesse Powell, Kraken is working in a market where users could use their NFTs as loan collateral. Powell said Kraken plans to launch an NFT marketplace as early as February. Kraken’s competitors Binance and FTX Exchange already have NFT marketplaces. 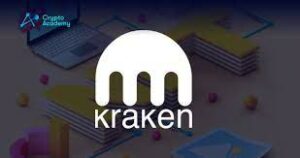 Clients can get loans secured by their NFTs

Cryptocurrency Exchange According to a Bloomberg interview with CEO Jesse Powell, Kraken is working in a marketplace where consumers can use their non-fungible tokens as collateral for loans. “We want to be able to display the value of your CryptoPunk on your account if you deposit one at Kraken. And if you want to borrow money against that, you can do it, ”Powell said, according to Bloomberg.

“Next year will truly be the year of NFTs,” according to the CEO of Kraken.

Powell was referring to the CryptoPunk collection of 10,000 pixel-art images, which is seen as a revolutionary effort for NFTs, or blockchain-based digital representations of art, music, and other products.

According to Powell, the Kraken Marketplace offers custodial services and may appeal to consumers who want to do more with their NFTs than just collect them. In an interview with Insider earlier this month, he said Kraken plans to launch an NFT market as early as February. Kraken now has 8.5 million customers, roughly double the number of a year ago.

Kraken’s biggest competitors, Binance and FTX Exchange, have launched NFT marketplaces, and the cryptocurrency exchange Coinbase has a waiting list of millions of people for its NFT marketplace. Meanwhile, OpenSea is one of the largest NFT marketplaces in the world, but it does not provide custodial services.

The cryptocurrency market reached a value of over $ 3 trillion in 2021, in part due to the increase in the value of the NFT segment of the market as digital art has become more popular.

According to Cointelegraph Research, NFT sales could reach a new high of $ 17.7 billion in 2021. In March, the 225-year-old Christie’s auction house set a new world record by selling an artwork NFT art for $ 69 million.

Christie’s said the new format has helped it achieve its best sales in five years and closed a historic business year with $ 150 million in non-fungible token sales in 2021.
The 255-year-old auction house announced this week that overall sales are on track to hit $ 7.1 billion this year, up 22% from 2019 when the coronavirus pandemic was still going on. When the virus first spread around the world in 2020, sales increased 54%.

If you find this article informative, please share it with your friends and family!

Also Read: Shiba Inu Was Most Viewed Cryptocurrency In 2021, Not Bitcoin: CoinMarketCap